It’s a strange feeling starting a blog post with absolutely no idea what I’m going to write. Just the knowledge that it’s now twenty past nine and I have to produce 500 words before I can go to bed, or pay the ultimate penalty. Well … £12.50 actually … but as I don’t think I can reasonably claim to have written 500 words yesterday, the fines are beginning to mount up.

For those who missed the news, I spent the weekend in Paignton. My room was beyond the reach of the hotel’s wifi, so I decided to reconnect with real paper. I’d forgotten how different the writing experience is when you’re working with a pink A4 notepad and a plastic tube of ink. Crossing things out. Drawing arrows and brackets instead of cutting and pasting. Re-writing entire paragraphs, because more annotation will render the original illegible.

My normal modus operandi is to put a few sentences on paper, to get the feel of what I’m creating. I then graduate to the screen so I can see what I’m doing. Unless I’m writing poetry. Then I use pencil right up to the line. No good asking. I have no idea why. This weekend has left me with pages of indecipherable, scribbled-over scrawl. And a far better understanding of why my literary forbears were so verbose. It’s going to be several days before I can make head of tail of what I’ve written, never mind air the first draft here.

One of my pet hates is the miserable cliché ‘genius is one percent inspiration, ninety-nine percent perspiration‘. This more than likely because, in a past life, it was often quoted at me by someone who never perspired over anything. Unless the central heating was turned up. The quote is loosely attributed to Thomas Alva Edison. Who might have annoyed me just as much, but in a very different way. Unfortunately for my personal prejudices, the last few days have proved that there’s a kernel of truth in the idea after all. In fact, I’ve begun to realise it’s perfectly possible for perspiration to drag inspiration in its wake, rather than the other way around. If you force yourself to sit down and write, words will appear on the page. They have no choice. They may be drivel. But drivel’s better than nothing. You can work with drivel. Drivel can be honed. Nothing is … well, nothing.

I’m in the process of rethinking the whole idea of inspiration. I’d always thought it other-worldly. Ethereal. Uncontrollable. I’m not so sure now. The obligation to find 500 words a day is changing my perspective. I knew something weird was going on when I checked in to Facebook shortly after arriving at the hotel on Saturday. Within minutes I’d dug out my pen and notepad and started work on a short story. I almost missed dinner. So, what produced this flurry of creativity? An incredible tale of human endeavour? A heart-warming love story? An inspiring news item perhaps? Not even a picture of a cute kitten? No. It was a misspelled, ungrammatical, vaguely misogynistic joke. It was posted by a friend-of-a-friend. I’ve never met him. To be honest, I wouldn’t want to if he thinks that was funny. So why didn’t I do what any intelligent woman would, and unfriend him at once? Well, I couldn’t, could I? He might post something else I can use.

Does this mean I’m becoming a writer at last …? 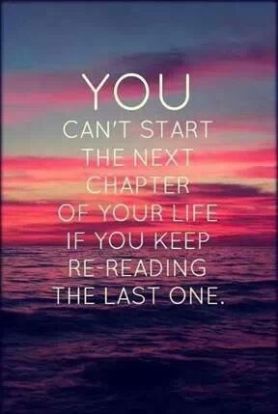