Day twenty-four … the café, the camel and the big society

9.45 am. I’m running late. I’ve checked the emails. Done the paperwork. I’ve made a few calls and sorted out some work for my student who’ll be online at 5. He’s from Eastern Europe. Working 70 hours a week on minimum wage for a well-known hotel chain. He lives on energy drinks and struggles to keep his eyes open as we discuss the finer points of English grammar on Skype. So, what exactly is a phrasal verb again? Why do we say ‘fast food’ and not ‘quick food’? I’m in awe of his dedication.

I steam out of the front door. Grab my apron and two freshly-baked cakes as I go. Oven off? Check. Laptop unplugged? Check. Hair straighteners? Didn’t use them today. I’m late. Should have left half an hour ago. The bay windows crane their necks all down the road. I fret. Anne won’t say she’s not happy. You can’t nag volunteers about timekeeping. It’s just that I hate letting people down.

She waves her knife when I arrive. She’s dicing sweet potato for the soup. Anne’s a human dynamo. Defying arthritis. Osteoporosis. Chronic chest infections. She’s the driving force behind the community café. Her vision and energy leave me breathless. John hugs me and hands me coffee. He’s smiling so I guess his chronic back pain isn’t so bad today. When I met him two years ago he was so depressed he couldn’t even look at me, never mind hug me. Sally ties her apron strings and brushes back her hair. She’s brisk and beautiful. Well on in recovery now. Still as brittle as the blue glass Bambi I was given as a child. She rules the front of house with such precision. I couldn’t work with her at first. I’ve changed a lot.

Alice is out of breath. She’s like a little bird. Gets smaller every time I see her. She’s not in recovery. Not even close. Her abusive partner’s in prison. Probably for beating her senseless. Again. She’s never said. A plague of louts has colonised her home since he’s been gone. They beg and steal to pay for the facilities. Including Alice. They look no more than children. All sliding down the slope to where she is. Still cocky enough to think they won’t end up there. They strut in. Demand food as if we owe it to them. I told one last week he’d do best to be polite if he’s going to make a lifestyle out of blagging. He said sorry, like I was his Nan. Alice is paper-white. She didn’t make it yesterday. Slept all day. Forgot her methadone. She’s starving. Quite literally. She works with the ferocity of pure survival. Eats anything on offer. She’s no idea where her next meal is coming from.

The café fills with mums and toddlers. Grannies taking kids out for a treat. Alan proposes to Anne across the counter. He does it every morning. Then tells me, sotto voce, we’re on for a hot date tonight. Last week he called Anne and told her he wanted to take his life. Ray grumbles about his ne’er-do-well son. Always borrowing money. He’s just waiting for me to pop my clogs so he can have the house. He asks for a sandwich and a salad. With plenty of onions. Val makes sure we’ve got her jacket potato in, then potters to the shops.

We’re well into the toasties when the Food Bank staff arrive. Jane limps to the counter. We joke about the ginger cake. It’s not spicy enough, she says. Jane and husband Eric are well into their 70s. The Food Bank’s mushroomed in the time they’ve been here. They were serving half a dozen people on a Friday when I arrived. These days the place is heaving. Families on minimum wages. Recovering addicts. People with learning difficulties. Refugees. All referred by professionals who know they won’t be eating otherwise. Mostly they’re quietly grateful. A few are more demanding. Some aggressive. Shame does strange things to the human psyche.

I came here to be near my family. A woman pushing 60 who’s spent her best years caring doesn’t get a lot of job offers. Not when there are 120 younger, fitter people in the queue. I claimed JSA for 10 months. Volunteered in the Café, and at One25. My adviser at the Job Centre told me to keep the volunteering quiet. It made me ‘unavailable for work’. I’d have jumped at work if any had been offered. As it was, I think I was a cracking bargain at £71 a week. I worked a minimum of 30 hours. Not including baking cakes. I talked to isolated mums. Made tea for lonely pensioners. Unblocked toilets. Calmed agitated addicts. Signposted homeless men to local services. Discussed botched domestic repairs. Thwarted thieves. Made sandwiches and salads. Shared experiences with frustrated claimants. Washed dishes. Endlessly. Persuaded more than one that staying alive was worth it after all.

When David Cameron first talked about ‘The Big Society‘ I envisaged a revival of Victorian philanthropy. Wealthy do-gooders distributing alms. Ladies-who-lunch foregoing canapés to serve nourishing soups to the poor. Those who have everything giving something back to the community. Anyone who works with volunteers will tell you it’s not like that at all.

I took a friend to the community café a few weeks back. He’s lived abroad for many years. He had some high ideals about the church’s role in social welfare. We sat down to lunch around the time the food bank opened. The café was so short-staffed I almost had to nail myself to the chair. Anne was having a bad day. She was visibly in pain. Two of the staff were refugees. They spoke almost no English. The fourth member of the team was a gap year student. They were working flat out. I felt so guilty I could barely swallow my tea.

As we ate, the room began to fill with hungry people. Single mums with sanctioned benefits. The family of a woman with dementia. Homeless men. People with disabilities and mental health issues. The food bank staff swung into action. Three of them are over 70. A couple are students. They dealt with a steady stream of human misery. Dispensing cheerfulness and grace with cereal and teabags. My friend began to understand.

The truth is, wealthy do-gooders are mythical as unicorns. Ladies-who-lunch are certainly alive and well. But those who want to hand out soup are rare as hens’ teeth. The government’s hard-working people have neither the time nor the energy to volunteer. That’s all been eaten up by overtime. Be grateful for it. You’re lucky to have a job at all these days. Those left to plug the yawning gaps in social care provision are often as poor and broken as the people we serve. Sometimes more so.

When I came home to Bristol I thought I was coming here to give. I expected nothing back. How wrong I was. Aside from four cooked meals a week (no small thing when you’re eking out your JSA) I found more love and friendship than I knew what to do with. Two years down the line I can barely open my front door without seeing a friendly face. I thought I was coming here to serve soup.  I’ve received far more than I could ever give. Right down to the confidence to stick two fingers up at the system that tells me I’m no use. And employ myself.

David Cameron quoted the Bible to us all last Christmas.  It is more blessed to give than to receive. I can’t help but wonder why he isn’t giving more. Doesn’t he believe in what he says? Surely he wants to be blessed? His government’s presiding over the worst assault on giving in the history of the welfare state. Church leaders are horrified by the consequences of ‘austerity’. Doesn’t he care what he’s doing to people? Alarmingly, the evidence suggests perhaps he doesn’t. An article by Brian Alexander quotes studies that suggest the rich really are different, and not in a good way: Their life experience makes them less empathetic, less altruistic, and generally more selfish. And clearly not averse to quoting the greatest altruist to walk the earth in support of their own ends.

And somehow I’m reminded the altruist once said ‘it is easier for a camel to go through the eye of a needle than for a rich man to enter the kingdom of God’. I think he may have had a point. 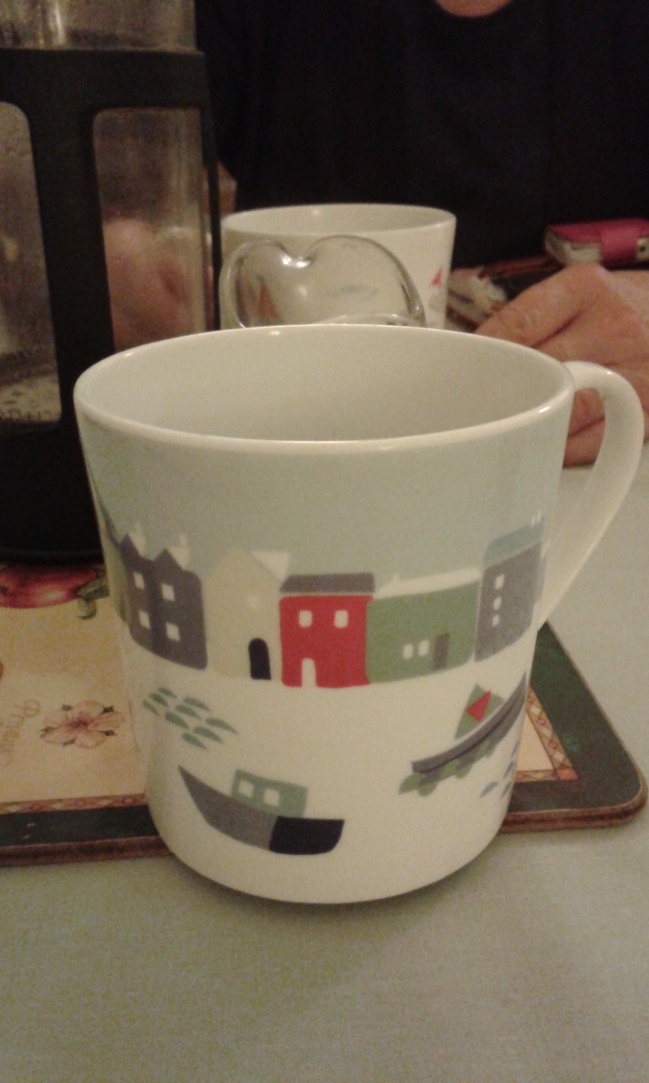