Whatever happened to Kirby grips?

Having spent a large part of the last few weeks writing about ‘issues’, I felt the need to try my hand at fiction again. I’ve found the change in writing style surprisingly hard to manage. My internal ‘editor’ has had a field day. However, the bones of a short story have emerged from the fray. I hope you enjoy reading it as much as … or even more than I’ve enjoyed winning the battle to write it.

He’s not here. Four minutes late. What is it with men that they’re never on time? The Idiot was the same. Never less than half an hour. No explanations. Once he turned up on time. I wasn’t ready. He had a go at me. Mad. I’m not waiting. Ten minutes. Tops. If he can’t be bothered it’s not my problem.

The Other Idiot used to pretend he had spies out after me. Sent me texts. I know what you’ve been up to. Slag. Didn’t know what he was up to himself. Never mind me. Too pissed. I told him he could put me under 24 hour surveillance. They’d die of boredom watching me. They would have too. My life was that much fun. I already have, he said.

The couple in the window aren’t a couple. They’re comfortable together. Like bedroom slippers. Newspapers. Mail for her. Last night’s Post for him. Coffee. Crosswords. Conversation. Chesty coughs and Kirby grips. Whatever happened to Kirby grips?

Can’t work out the other table. He’s nose deep in a book. She’s picking at a glossy mag. Distracted. Coffee must be cold by now. What’s the point? Wasting all that money? They’ve both got tortoiseshell glasses. Self-conscious. Disconnected. Wishing they were somewhere else. They’re definitely a couple. No doubt of that. Right. Ten minutes is up. I’ll let him have another five. Still got a bit of coffee left. Mr Disconnected snaps shut his book. Mrs D peeks through her tortoiseshell barricade. They both get up to leave. Without a word.

I might have another coffee. Try the chocolate tart. Treat myself. Why not? Don’t know why I thought he’d show. May as well make the most of it now I’m here. Mr Writer-Spy is packing up his Mac. Checking his mobile. Sorry. iPhone. He’s got a beard. Neatly trimmed. Strawberry blond. His seat’s been taken by the time I get back. Balancing fresh coffee. Americano. Frothy milk. Tart. Mahoganied with chocolate. Lascivious. Now there’s a word. Pure indulgence. Better than sex. Chocolate. And as close as I’m going to get.

The new man in the corner has an interesting face. Deep lines. Silver curls. A smile to die for. Zen. Teepees. Barefoot festivals. Roads to Kathmandu. I bet he’s done it all. All the might-have-beens. Irresponsible. Unrealistic. Rose-tinted. Oh, how The Idiot loved to shout those words. Long. Loud. And often. If I had a fiver for every time, I’d be … where would I be? Not sitting here. For sure. Barefoot in the Himalayas. Bronzing on a beach in Goa. I’d have fancied him. Back in the day. He intrigues me. The Silver Fox. Not The Idiot. He never did intriguing. Nor The Other Idiot. Much though he tried.

Mr Writer-Spy-Benefits-Agency-Snoop’s in the passage by the loo. Coffee goes straight through me nowadays. Ladies on the left. The waitress said. He’s on the phone.

I squeeze by him. His voice drops to an urgent hiss. There are about twenty-five toilet rolls on the shelf in the loo. And I reach for the empty cardboard tube hanging on the wall.

I emerge. Mr W-S-B-A-S skirts around the waitress. Almost sends the debris of my elevenses flying.

“Idiot.” The door bangs. “Scared the life out of me. He was under the table.”

I make the phone call from the mini-market doorway. Withheld number. It’s starting to rain. A maroon taxi pulls up. They all pile into the street. The Couple-That-Aren’t-A-Couple. The Silver Fox. Two women with toddlers. The waitress. The chef. Wiping his hands on a tea towel. There’s a dull roar. A plume of smoke. Breaking glass. The waitress screams. I watch the taxi pull away. Silent. Invisible. Late. That’s the trouble with men. They’re never on time. 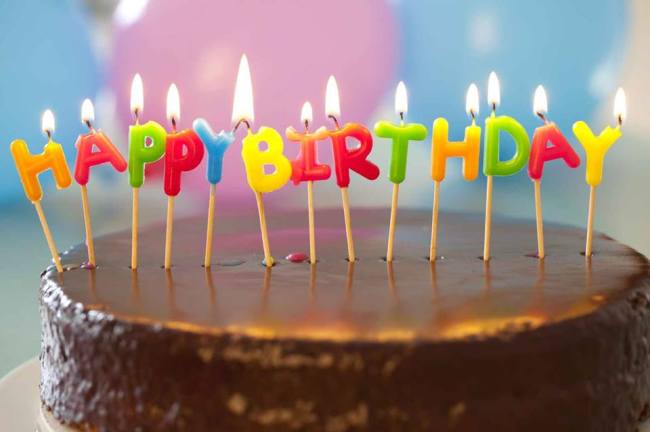 I’m blogging to raise funds for One25, a charity close to my heart. I’ve given up NOT being a writer for 125 days in support of their work with vulnerable women in Bristol. If you’ve enjoyed reading this, you can find out more about what I’m doing by visiting One25’s website at http://www.one25.org.uk/. You can also support them by visiting my fund raising page at http://uk.virginmoneygiving.com/fundraiser-web/fundraiser/showFundraiserProfilePage.action?userUrl=JeanMutch where you can make a donation and suggest an idea for a short story or a post on the blog.

Today would be a great day to decide to support them, as it’s their 19th birthday!