Plus ça change … or wolves in sheep’s clothing

At the risk of repeating myself, one of the things I love best about living in a city is its diversity. For some unfathomable reason, my bank manager won’t let me book that round-the-world ticket, so I’ve settled in a place where I can see as much of the world as possible with the minimum of outlay, and on a job that gives me the opportunity to talk to people from a huge range of cultures. I just find people infinitely fascinating. Maybe it’s my way to rebel against my upbringing. In 1960s England ‘our way’ was ‘the right way’, and everyone else was ‘wrong’. It was unquestionable. Boys wore short trousers, even in blizzards. Tea and coffee were drunk from cups, with saucers. Potatoes were peeled in ice cold water, regardless of chapped hands and chilblains. Bread was buttered and cut in triangles. And of course, denim jeans were worn only by dustmen. My mother was so worried about what people would think that both she and my brother missed a church picnic because said brother refused to take off his new baseball boots and put on ‘proper shoes’.

Keeping up appearances was crucial in late twentieth century England. It still is now, of course, although in very different ways. We have a whole new set of criteria for social acceptance now. Gone are the days of politeness, consideration and respect, which last I’ve always taken to mean treating others the way you would like them to treat you, rather than servility.  Instead we have greed, competition, physical attractiveness and wearing the right labels on one’s clothes. Who’d have thought they’d ever become virtues? It seems we’re programmed to follow. We don’t like to stand out in a crowd, and we’re hopelessly suspicious of anything or anyone ‘different’. Our criteria for ‘different’ have changed, but our aversion to it hasn’t.

Change. Now there’s another thing we don’t like. Change is one of the only certainties this side of the next world, apart from death and taxes, and we don’t like them much either. I sometimes think I’d love to go back to the way things were when I was nineteen. I wouldn’t. I’d just like to be nineteen again, only this time with all the wisdom of hindsight. I don’t want to give up my laptop, my blog, my central heating, or the progress we’ve made toward gender equality, however theoretical the last may remain. I wouldn’t want to go back to a world full of irrational discrimination, on the grounds of gender, ethnicity, skin colour, sexuality or disability. A world where Jimmy Saville could roam unfettered and Enoch Powell could spew poison without sanction. A time when it had only recently ceased to be a criminal offence for two men to love each other, and where I could be told there was no point in my applying for promotion at work because I was married. That wasn’t freedom. That was a licence for the powerful and privileged to run roughshod over the rest of us.

Yet the more I look around me, the more I see people yearning for ‘the good old days’. People hanker after a strange, mythical past in which we all knew where we stood, even if that was right up to our necks in a heap of something very nasty. My Facebook feed has seen a steadily increasing flow of posts about extreme elements in British politics. People who preach hatred and inflame prejudice, whilst masquerading as saviours of the nation. It seems to me that these people seek to divide us against ourselves. They set workers of diverse ethnic backgrounds at each other’s throats, pitch ‘strivers’ against ‘skivers’ and whip up prejudice against the poor. They pour suspicion on anyone whose lifestyle deviates from the ‘norm’, as measured by their own standards, of course. They fuel suspicion toward those with disabilities, or different ideas. Anything to distract us from the people who are really taking us to the cleaners. The wealthy one per cent. The wolves.

I’ve avoided mention of any particular political party so far. The article that caught my attention this morning this morning may blow my cover, should you choose to click on the link. I was brought up to believe that my parents’ generation fought a war to prevent a man with views like this from taking over the country, yet people are looking to a political party that can contain Geoffrey Clark, who advocates COMPULSORY abortion for babies who have disabilities, William Henwood, who wants Lenny Henry to ‘go to a black country’, Gerard Batten, who thinks all Muslims should sign a charter rejecting terrorism. Then there’s David Silvester, who enabled us all to breathe a sigh of relief because those floods had nothing to do with climate change, it was all down to same-sex marriage, oh, and Gordon Gillick, who is alleged to have asked a group of young people in care how it felt to be ‘takers’ from the system, as if they had the smallest choice in the matter. Add to that little lot Godfrey Bloom, who thinks I should spend more time cleaning behind my fridge, rather than trouble my pretty little head about politics, and I’m getting worried. Do we really believe things were better when we had less freedom? Do we want a less diverse, less interesting society? Do we see the past through such rose-tinted spectacles that we want to crawl back to it, clinging to a chewed security blanket that was never really the way we imagine it was?

I don’t need to tell you what I think. So I’ll allow a voice from the past to have the last word. With due acknowledgement to my friend Aletheia for posting this on Facebook at exactly the right time.

But if you want money for people with minds that hate, 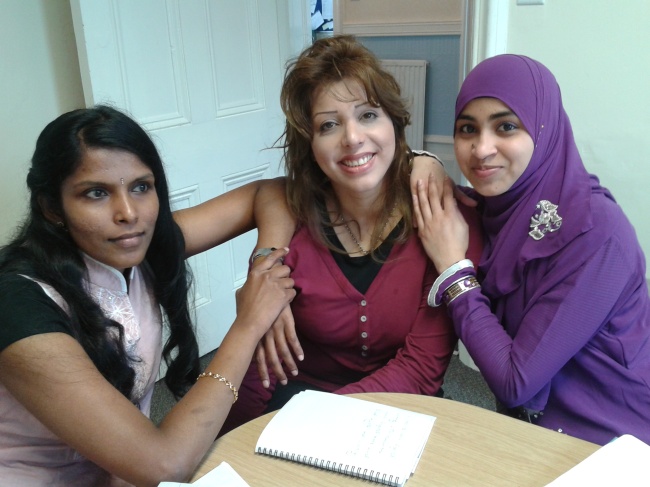