Confession is good for the soul. At least that’s what they say. So I’ll get this off my chest now. From time to time I’ve made provocative comments on Facebook. Lit the blue touch paper. Retired to a safe distance. Watched the ensuing discussion heat up. Sometimes I’ve even lobbed in the odd grenade to keep things on the boil. After all, I have strong views on a number of subjects. You’ll probably have noticed that by now if you’ve read this blog even occasionally. So I see no harm in challenging myself to defend them from time to time.

People who live in glass houses and all that. My confession leaves me without a leg to stand on when it comes to criticising Daniel Jones. He did exactly the same thing in a report about Subway cutting out ham in some of its branches on the front page of the Sun newspaper on Wednesday last week. I use the word ‘newspaper’ loosely, as you’ll see. I overheard the first murmurings of outrage while I was enjoying the sunshine on Saturday afternoon. Seriously? Boko Haram kidnap over 200 schoolgirls. Rape them. Threaten to sell them as slaves. And you’re getting hot under the collar about whether Subway sells ham? I thought no more of it until he lobbed in the grenade about Pizza Express chicken on this Wednesday’s front page.

Is it a slow news week at the Sun? If so I suggest they send their reporters further afield. In search of some real news. Preferably something that hasn’t been in the public domain for at least six months. Surely the criterion for ‘news’ is that it should be … well, ‘new’? Of course none of this is really about news. It’s about getting a reaction. Selling more papers. Making a profit. And if on the way we inflame a little hatred. Fear. Division. Well, that’s all to the good. It’ll sell even more papers.

To be frank I’m struggling to understand why the average carnivorous Brit is in the least concerned about this issue. Halal isn’t some kind of voodoo. It simply means permissible in Arabic. The original intention of the ritual was to give dignity and blessing to the animal at the time of its death. To ensure that it died with the minimum of suffering, given the facilities available for slaughter back in the day. Is that such a terrible thing? According to Tesco, the only difference between the halal meat it sells and other meat is it was blessed as it was killed. To be honest, if I was going to die an unpleasant and untimely death, the method of blessing would be the least of my worries. In the general state of the meat industry in the UK, it should be the least of anyone’s.

Until the Sun weighed in, most of us had never given a thought to what had happened to the chicken on our pizzas before we stuffed it into our mouths. If we had, we probably wouldn’t have eaten it. The average broiler lives a short and painful life. Its accommodation so cramped it’s unable to run, flap its wings or exercise most of its natural behaviours. The RSPCA says the majority of British meat chickens are reared to standards we believe are not good enough in terms of animal welfare. To add insult to injury, it usually ends its life shackled upside down on a conveyor belt with its head in a bath of electrified water. Most of us manage to avoid inconvenient truths like this. I’ve been as guilty as anyone. The more so. I knew what the issues were. I chose to ignore them. Not any more. At least I can thank Mr Jones for that. So can a fair few chickens over the remainder of my lifetime.

What frightens me though is the knee-jerk reaction I’m beginning to see to the word ‘Muslim’ in the midst of all this. Certain sectors of the media seem to delight in exploiting this. The Daily Mail has jumped on the bandwagon today. Whipping up hysteria, with very little thought for the consequences. Millions Eating Halal Food Without Knowing. Horse meat was one thing. Not for the horses of course. This is something else. I’m not old enough to remember World War II. I am old enough to have grown up in its shadow. One of the things I learned about was the way propaganda was used to turn a whole nation against a small ethnic and religious minority. Seeing shades of this in the UK today frankly scares the hell out of me.

I hate to leave a post on a negative note. I know I’m an old hippie. A hopeless dreamer. But I really do believe love and compassion will win the day. In the end. Our common humanity is so much more than our cultural or religious practices. Perhaps we all need to take a step back. Remind ourselves of the golden rule. Treat others the way we wish to be treated ourselves. Regardless of religion. Ethnicity.  Or anything else that makes us think ‘they’ are not like ‘us’. 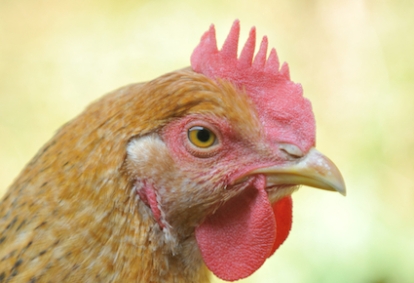