A blog with an attitude

The art of blogging is a delicate dance. Not quite a diary. Not really a short story collection. Often a rant. Sometimes an exploration. Always a journey. When I embarked on this particular escapade I had no idea of the impact it would have on my life. I’ve been writing steadily for sixty-two days now. Reading. Researching. Reflecting. I’ve tackled badgers. Climate change. Same-sex marriage. Food poverty. Domestic violence. The capitalist economic system. I’ve delivered my two-pennyworth on all these and more. As well as a couple of short stories I managed to slip in sideways without many people noticing. No wonder my poor brain feels ever-so-slightly punch-drunk most of the time.

I’m more or less at the mid-point of the 125-day challenge now. Even as I wrote those words I began to wonder how I’ll feel when I’m no longer committed to do this every day. Bereft. I think. This blog’s an integral part of my life now. It’s challenging me day-by-day. In the end it’s all very well to write passionately about things I believe in. If all I have is words they’re not worth the cyberspace they’re written in. I need to put my money where my mouth is. My life where my fingers are.

The thought came home with force yesterday. Researching the meat industry for the blog last night took me places I really didn’t want to go. Why? Because I’m a hypocrite. I know about the suffering of animals. Our fellow-creatures on this earth. I’ve chosen to ignore that knowledge. By doing so, I’ve become an active participant in the infliction of pain. By the time I posted last night’s blog, I was considering some very significant lifestyle changes.

It seems I’m not the only person who’s had to re-examine their position over the past few days. Probably one of the least-anticipated side-effects of the Sun’s dramatic exposé of some six-month-old news about Pizza Express. Giles Fraser, writing in today’s Guardian, reflects on his own hypocrisy in continuing to eat meat. If you are going to eat it, he says, you ought to be prepared to watch it die.

Strong stuff. But the principle holds good in many areas. I’m the world’s worst for burying my head in the sand. If I can’t see the elephant, it’s not really in the room. Cr*p of course. Suffering goes on whether I choose to see it or not. The older I get, the more I understand. If I refuse to look at what’s happening, I actively encourage it to continue.

The world we live in now is sanitised. So neatly-wrapped it’s easy to ignore the messiness. Meat comes in nice plastic packs. Looks as if it’s never been near an abattoir. People come in designer clothes. Photoshopped. Made-up. To cover the pain. Those who don’t can easily be ignored. Sidelined. It’s their own fault after all.

This afternoon I spoke to a young couple. Two of the loveliest people I know. Kind. Gentle. Very much in love. They have a gorgeous six-month-old daughter, whom they both adore. A fairytale ending you’d think. Except that she’s from the north of England and he’s from Syria. Apparently our government doesn’t believe a family like that should be together. This beautiful little girl is about to lose her father. Before she’s even had the chance to get to know him. They’ll have to fight the system every inch of the way to have even the smallest hope of remaining together. If they lose, mother and daughter will be stigmatised as a single-parent family. By the very government that robbed them of their husband and father. Madness.

But it’s the kind of everyday madness that happens when we close our eyes. When we believe the suffering of others is somehow less important than our own. The truth is. Like it or not. We’re all in this together. Everyone. Even a six-month-old baby about to lose her dad. The suffering of one diminishes us all. Especially if we choose to pass by on the other side.

This blog’s become my way to explore the thought of change. To learn. To talk about spitting in a bucket and bring the words to life. Even if the bucket sometimes seems to be bone dry. And above all, to share the journey. So here’s to the next sixty-three days … and beyond. 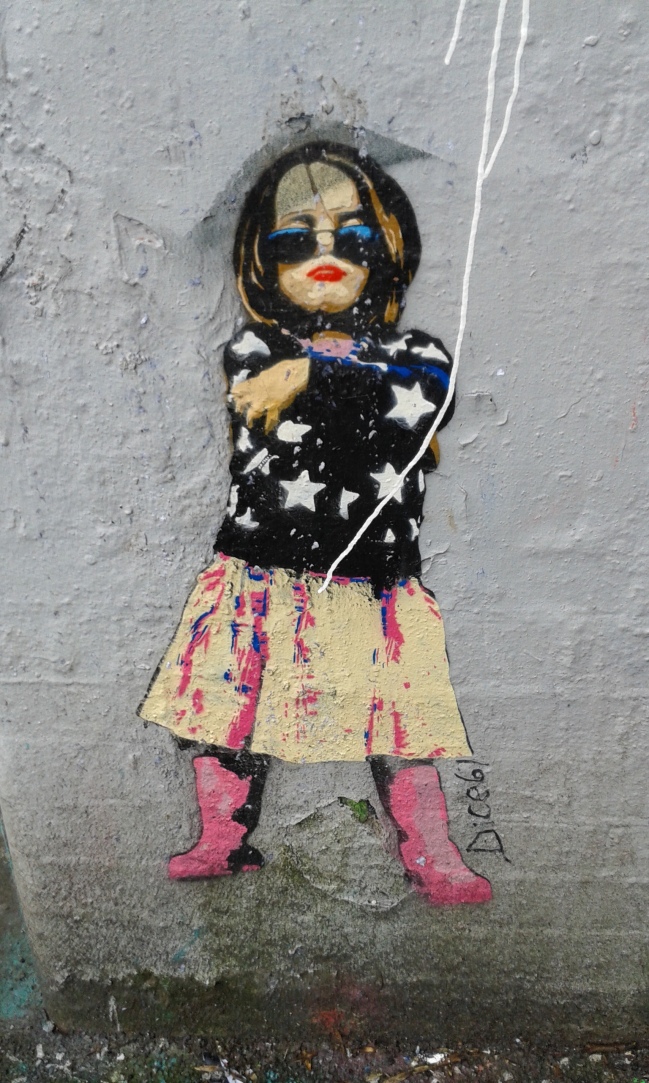