A woman needs a man like a fish needs a bicycle

It’s been said before I don’t doubt. If you insist on pissing off a writer you’re going to get written about. Not in the most flattering terms. Do it really well and you could get a whole novel. Best seller. With you as the star of the show. Thinly disguised. Just so you can’t be sure. A slow, messy, richly-deserved death perhaps. Written with relish. Less proficient efforts might get you a short story. A poem. Your most irritating quirks laid bare. Do it half-heartedly or bungle the attempt. You’ll likely wind up in a blog post.

The great thing about this from the writer’s perspective is there’s always a get-out clause. All characters are fictional. Any resemblance … purely coincidental. Blah-de-blah. Etc.. Unless you’re foolish or egocentric enough to write an autobiography. In which case, on your own head be it. A blog’s more complicated from this point of view. A blog is not usually a work of fiction. More an online diary. Confessional. The poor woman’s autobiography. Which makes me both foolish and egocentric. And on my own head be all of it.

A while back I decided to give internet dating a try. Despite two spectacular relationship failures. Major bestsellers. Possibly trilogies. With film rights. Sequels. Maybe even prequels. I was getting tired of the single life. Or so I thought. I decided I liked the idea of a significant other. One with a volume control. Who’d let me talk from time to time. Thought of me as human. Could remember my birthday. That kind of thing.

The internet is not the place to look. Especially at my age. First you need to crack the code. It’s a bit like supermarket labelling. If you have to tell the customer something tastes good it’s probably because it doesn’t. Take ‘Flavourtop’ tomatoes. The most tasteless I’ve ever eaten. Or ‘Golden Delicious’ apples. There’s a misnomer if ever there was one. Neither golden nor delicious. Unless you stuff them with dried apricots. Sprinkle with brown sugar. Bake in a hot oven … woah there. This is not a food blog.

Similarly, if someone has to tell you they’re honest. Run a mile. Likewise kind. Considerate. Thoughtful. And my pet hate. What you see is what you get. How wrong can you be? If he’s tactile, his hands will be in places you don’t want before he’s memorised your name. Open-minded? He’s read Fifty Shades. Wouldn’t mind a bit of it.

Then there’s the descriptions of their ideal woman. Most won’t consider anyone less than ten to fifteen years younger. On that basis I’d end up being a carer rather than a partner. And forget compatible personalities. It’s all about looks as far as they’re concerned. Long-legged. Slim. Blonde. Elegant. Stylish, but not afraid to wear jeans and hiking boots when the occasion demands. For the occasion read the man. I’ve seen them all. Comfortable in her own skin is one of my favourites. This means no more than size 10, with the body of a yoga instructor. Or no more than size 10 with effortless botox /spray tan / bikini body. Real women need not apply.

I signed up to a dating site associated with a well-known broadsheet newspaper. I didn’t have a photo at first. I had some great conversations. They all went the same way, with a kind of weary inevitability. After half a dozen emails the man would suggest coyly that he needed to see a photo before taking things further. The photo appeared. The man disappeared. Did wonders for my ego, I can tell you. Do I look like some kind of monster? Please don’t answer that …

My first date (yes, I finally got a date) was one of the most boring men I’ve ever met. And that’s saying something. We arranged to meet in a city-centre pub. 10 o’clock at night. Frankly, he was more interested in the beer than in me. Probably because he’d drunk quite a lot of it before I arrived. He was pretty keen on the barman too. No. Not in that way. Although I could be wrong. He kept wandering off to chat to him about the latest ales. He did have the grace to offer me a lift home at the end of it all. I declined. I wanted to get there alive.

The next one seemed better. We used to chat for hours. He sent me slightly-drunken text messages. Late at night. OK, he banged on about geeky stuff. A lot. He’d been something technical in media in a past life. Made sure I knew how much he’d been earning before he was made redundant. Name-dropped. All the time. Told me how wonderful Vanessa Redgrave was. He was planning to set up a film school. I’ve often wondered if he ever did. Or was it talk? Like all the rest. I refused to sleep with him on the second date. Never heard from him again. Shallow creatures, the other half of the human race.

Coffee in St Albans was next. I hoped for cake too. It wasn’t to be. Saturday afternoon. We sat outside the café. The pavement was narrow. The street was busy. It was windy. I couldn’t hear a word he said. He wasn’t spotlessly clean. The conversation was all about his ex. So far as I could make out. I sent him a polite text that evening. Thanked him for a nice afternoon. Washed my mouth out with soap and water. He replied that he hadn’t felt we had much connection. Maybe because I wasn’t his ex.

The last straw came one Saturday night. It was a second date. I thought the first had gone well. Just goes to show. The pub was packed to the gunwales. Any sound below ninety decibels was inaudible. We stood between two rows of tables for twenty minutes. Clutching our coats. Why anyone would have wanted to spend more than twenty seconds there was beyond me. Conversation was hopeless. But the beer was cheap. And he had money-off vouchers. What more could you want from life?

We finally bagged a table. We’d been shouting inanities across it for ten or fifteen minutes when he announced he was going to have to leave. He needed to get to his local before it closed. To pick up a crossword puzzle. No. I’m not making this up. The last bus was in half an hour. Why didn’t we buy another pint? Split it between us. I fought my way to the bar. We barely had time to swallow it before he was on his feet. I have to be fair. He did offer to walk me to the bus stop. In a kind of I-will-if-you-insist-but-I-might-miss-my-bus way. I didn’t insist. I’ve played second fiddle to a lot of things in my time. Never a used crossword puzzle. I waited forty minutes for a bus. I haven’t heard from him since.

So here I am. Miserable. Embittered. Alone. Having failed to secure the one thing every woman needs to make her life complete. Contemplating decline into a lonely old age … Like hell I am. That forty minutes at the bus stop was time well spent. I made a decision. I would never sell myself short again. Anyone who’d dump me for a crossword didn’t deserve me in the first place. Same went for those whose preference was beer. Botox. Vanessa Redgrave. Vodka. Skinny blondes. Cheap sex. A defunct marriage. Or the sound of their own voice.

And so what if I spend the rest of my life alone? Their loss. I’m busy discovering the delights of my own company. Relishing my freedom. Running life my way. Instead of running round after someone else. I don’t need an ‘other’. Significant or not. Far from completing my life, any of those men would have diminished it. Because they didn’t value me enough. If that makes me foolish and egocentric, I’m guilty as charged. After all, I’d raise hell in support of any other woman diminished by a man. So why should I wish it upon myself? 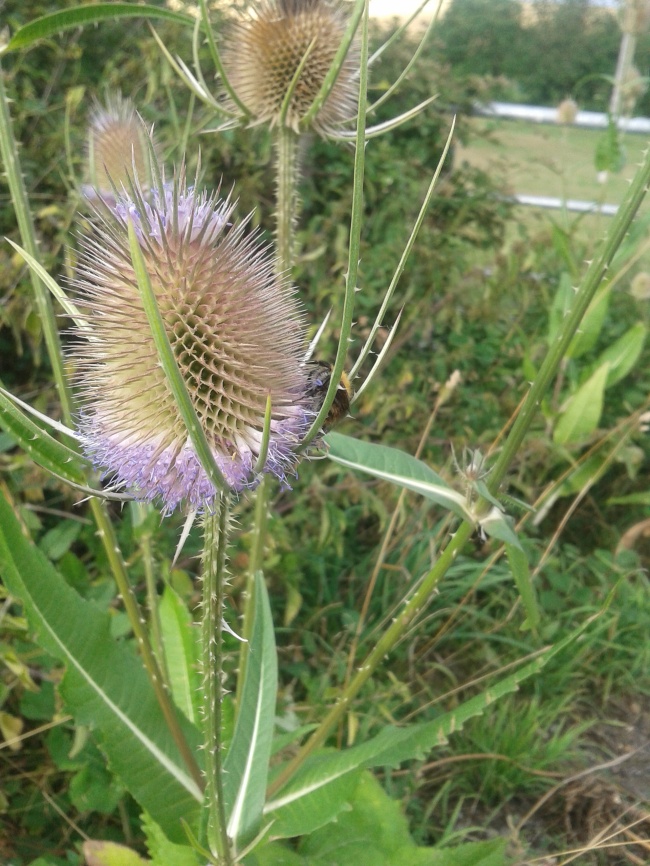