A taste of things to come?

Alongside the blog I’ve been trying to work on a novel. It’s in its infancy at the moment. I haven’t made much progress, because so much energy has gone into blogging. However, I’ve been editing over the past few days, so I thought I’d post a sample. I would really appreciate some feedback on this post if anyone wants to leave any. How does it grab you? What do you think? Would you want to read on?

November rains over the fields and trees. Thick and heavy. Cold. The last leaves cling to the stark branches. Fading splashes of colour against the louring sky. Jess splatters through the liquid mud by the stile. Leaps and twists to meet the red rubber ring as it arcs and falls. A perfect catch. She lands and skids a half circle, running long and low to drop the ring at my feet. She’s sleek and fluid. Her breath hangs between us as she flattens for the next throw. I draw back my arm. Hurl the ring into the rain. She flies for it. Straight and true. We’ve performed the dance morning, noon and night for nigh on two years. We know the moves. We could do it in our sleep. And if my moves are sometimes more hesitant than hers, it’s only because people in general are less reliable than dogs. My boots slither on the slip of mud. It’s so wet I can’t imagine the world any other way for now. I raise my face. The rain invades the shelter of my hood and stings my lips and cheeks. Jess skates the far loop of her run and catapults back to me, trailing a spray of mud. Her determination borders on obsession. It’s a thin line.

It was like this the day I met him. November. No trees or fields. Just grimy pavements. Balding buddleia clinging to buildings washed grey by the endless dirty rain. I was coming out of the shop. One Stop. Ubiquitous blue carrier bag. Barely strong enough to hold the bottle. I used to promise myself it would never come to that. Back when I believed in normal. And thought I was. I wouldn’t have noticed him then. I’d have passed by on the other side. Confident in my own righteousness. Oblivious of the fragile thread that held it.

He was going to ask for money of course. He always denied it. I knew the look. He spotted the bag and changed tack. Cursed the weather. Sniffed. Wiped his nose on his sleeve. He’d deny that too. He tried to keep his eyes off the carrier bag. He couldn’t. Bluer than robins’ eggs. The eyes and the bag. I was never going to get honeyed words from a drunk on a wet November morning. I was cold. He had a room. I had booze. He was broke. We were both rattling. It was a done deal.

The bay windows overlooked the park. It must’ve been the kind of house people wanted to live in once. Now it was eviscerated. Stuffed with poky bedsits. I didn’t notice at the time of course. I did notice the staircase. Cream. Institutional. Smelling of socks and stale tobacco. Brandon’s door was cheap hardboard. Magnolia. Tacky plastic handle. There was a hole at the bottom where someone had tried to kick it in. He fumbled for the keys. I shuffled and shivered. Tried to work out why I’d agreed to come here. He was hands down winner on the deal. He’d get half my booze. More probably. All I was in for was a few hours in a cold, dirty room. A half-hearted grope. A mouthful of abuse and a slap when I said ‘no’.

The room was bigger than I’d expected. There were sheets on the bed. Cream and brown. A cream throw on the sofa in the bay. Not a crease in it. Multi-coloured cartoon aliens zapped across the screen in the corner in total silence. There was a table and chairs. A matching set. Sketch pads and pencils laid out alongside crumpled Rizlas and empty cans. The world’s smallest kitchenette in the corner. A fan heater hummed steadily. This room didn’t belong to a common-or-garden drunk. Brandon took off his coat. Hung it behind the door. There was an ironing board there. With a pink cover. He motioned to the table. I sat down. Clutched the carrier bag. My last living hope.

I came to with a pounding headache. The half-light flickered crazy colours. I was sticky. My mouth cream-cracker dry. I could hear retching. I didn’t know where I was. Nothing new. I lay still. The ceiling was high. Ornate plasterwork crumbled round the light fitting. Brandon appeared above me, rubbing a tea towel over his sweating shaven head.

He sat on the edge of the bed. I used to be.

“No, really. You are. Perfect cheekbones.”

His finger barely touched my face. I didn’t pull away. Brandon pulled his T-shirt up over his head. He was hairy. Muscular, despite the belly. I tensed as he swung his legs onto the bed. He didn’t touch me.

The TV flickered. We talked like an old-fashioned date. Only horizontal. Brendan spun stories. I opened my heart. We lay in a perfect bubble. When he kissed me, it was the most natural thing in the world.

I hadn’t been happier in a long time. Maybe he hadn’t either. The TV cast shadows on the ceiling. The street light glowed in the window. We held one another. Half whispered. Kissed as if we’d never kissed before. Brendan’s phone broke the spell. He growled and rolled off the bed. I started to shake.

“Piss off, can’t you? No. Thursday. You know that. Fuck off and leave me alone.”

His hand trembled as he put the phone down.

But the bubble had burst. We were hanging. I needed to pee so badly. I didn’t dare move. I knew I’d throw up when I did. Brandon slumped on the edge of the bed. Started unravelling dog ends into a crumpled Rizla. The lighter wouldn’t work. He cursed and stomped. I began to wonder if I’d dreamed the last few hours. The knot in my stomach told me to get up and run. The warmth and the feel of him urged me to stay. Ride the storm. Even now I’m not sure I made the wrong choice. 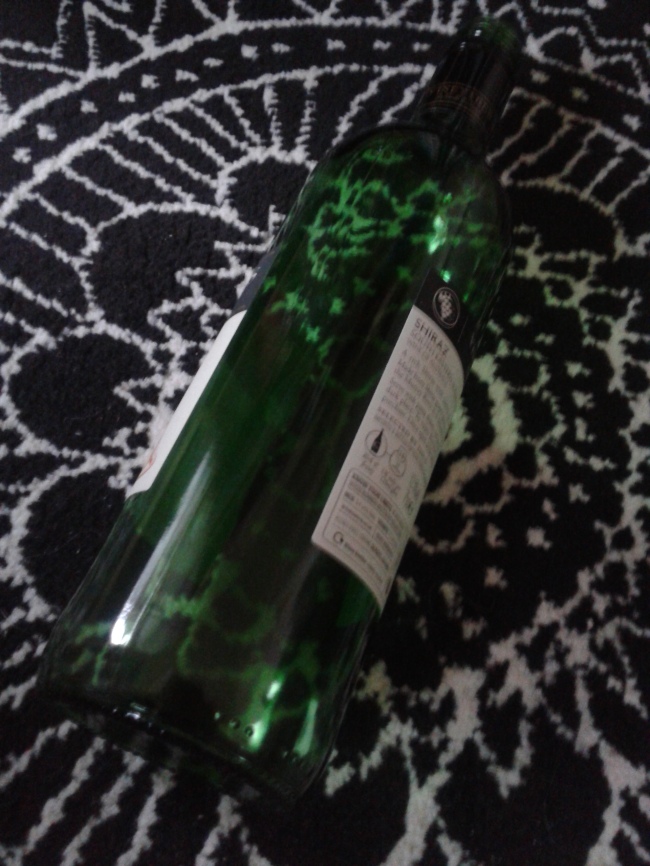